Last weekend (June 10-12), I went to the Nor-East'r Music and Arts Festival, my first festival of the summer in what I plan to be a summer of Michigan music festivals.  It happens up in rural farm land near Mio, Michigan.  I was told ahead of time how small this festival is, but I had no idea how small it would be.  It was really small and really great.  I was repeatedly surprised, listening to a great set by one of the many fantastic acts, to look at the crowd and see how few people were there listening.  This didn't take anything away though.  Everyone played their hearts out.  The audience loved it.  It was kind of cool that it was so small.  It's one of the first festivals of the season, and I felt the sense of a reunion for the musicians and fans there, seeing each other again and gearing up again for a summer of music.

Here's a partial list of the musicians who played.  Go check out some new music:

A couple of highlights:

Listening to my friends Lake Folk (minus their drummer) play the main stage and playing concert photographer: 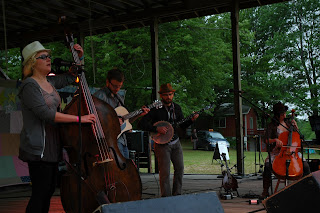 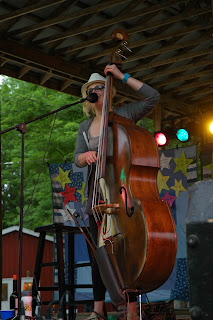 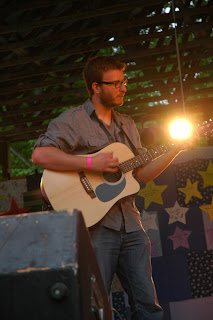 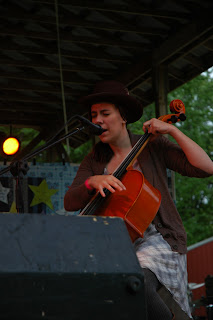 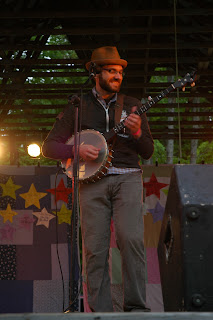 Playing myself at the festival open mic and a two-song 'tweener' between sets in The Barn (photos by Erin Shellman): 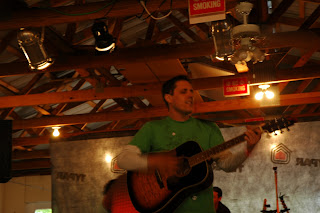 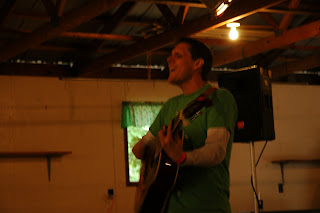 I swear this shirt is not my on stage uniform; I've just happened to be wearing it both times I've been photographed playing so far. (For the record, it's a Joseph Arthur t-shirt.)


I also took a workshop in Robert Johnson-style blues guitar.  Maybe one of these days I'll do a cover of Terraplane Blues or something.
Posted by Jonathan Ponder at 4:49 PM